FYI: The items reviewed in this post were gifted however there was no obligation to write this review post.

This year has no doubt been tough thanks to a certain c word, but one positive that can be taken from this dark spell is the motivation that has be bestowed on to many to turn passions into businesses. The latest to come onto my radar is Poppin’ Cakes.

The name might set standards high but, spoiler alert, quite rightly so with unbelievable bakes of cake pops, loaded brownies packed with plenty of bite and celebratory cakes that are epic on the eye and pallet. I was kindly gifted a box of cake pops and brownies to try out and blimey they were so good that I had to restrain myself from devouring all in one sitting!

It’s sometimes hard to string together sentences in a logical and non-clunky order to describe just how good something tastes, so here are some top line phrases I would use to describe the delights in store when you order from Poppin’ Cakes.

Almost (just almost) too good not to eat

When you open your box I guarantee that you’ll let out a pantomime esq “Ooooh!” much like myself. Immediately you’ll see that each bake has been created with so much thought, care and detail making this box almost too good to eat. But give it a second and admiration will soon turn to lust when temptation lures you in to devour the contents.

Give me, give me more

The phrase “girl better hold me back” comes to mind when I reminisce about my time eating my way through the box. The cake pops hooked me in like a greedy salmon catching the line and I had to hide the rest of the box in the kitchen cupboard to leave some for the gf. But just like the alluring power of the ring on Gollum, Frodo, Bilbo and co, the cupboard wasn’t enough of a wall to resist the Poppin’ Cakes treats. I’ll leave you on a cliff hanger here to figure out if the gf did indeed get to try any of the bakes…

Baking outside of the box

Puns aside, what I think I loved most about Poppin’ Cakes was the creativity injected into every bake making every package a gift of the unexpected. What comes to mind was the Reece’s Pieces brownie which wasn’t just your standard brownie with peanut butter pieces hiding inside but a layered delight of half brownie on top of a chocolate chip cookie base with Reece’s Pieces chocolate sandwiched in between. This bake scored extra points for it’s mammoth scale (although I might have had to take a breather to get through this one).

Making special note to the Biscoff Blondie, this bake took me to cloud nine and I came crashing back down when I finished eating it. Packed with white chocolate chunks and melting in the mouth with fudgy velvet Biscoff texture, I questioned “Is this what happiness tastes like?”.

A Picasso of baking

I would describe my box as perfectly pretty, but if you’re after a themed bake to wow a fellow giftee or house guests, Poppin’ Cakes will nail it for you. From spooktacular treats to cartoon character pops and magical unicorns to elegant designs, you’ve got all areas covered for a show stopping delivery.

Remember the scene from Willy Wonka and The Chocolate Factory (1971) when the glass elevator goes crashing through the roof right at the end? Well that’s pretty much the visual of my expectations being exceeded. We’ve all been there with a style over substance eat but I can assure you that this feeling will be nowhere in sight with an order from Poppin’ Cakes.

The only thing left now is to try Poppin’ Cakes out for yourself and see what phrases you would use to describe its creations. Check out its Instagram to see its portfolio of bake, its pricing over on this story highlight and to order simply direct message.

This site uses Akismet to reduce spam. Learn how your comment data is processed. 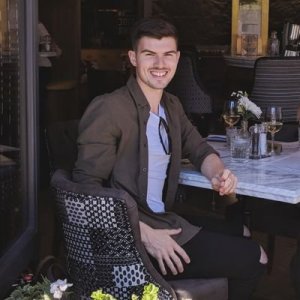 Hey I’m Colin the stomach and brains (broadly speaking) behind this blog.

Whether it be hoovering up plates or cooking up a storm in the kitchen, I’m never far away from food.

From eatery reviews to recipes and food news to food fueled travel from North-east Scotland, you’ll find something for your taste here.

I missed the Burns Night window last night 🙃
#AD The McPlant has landed 🌱
Food for the soul ❤️
Checking out Westhill's newest arrival 👶🏼
Things to be thankful for: Trellis brownies 🙏🏼
Shrimply the best 🍤
A meal to go quackers for 🦆
I love Bad Bitch Bakes cookies that's my f*cking problem 🎶
When life gives you a brisk day, grab a cheese toastie 🧀
Loading Comments...
%d bloggers like this: